WILSON SURGES AHEAD OF GOULD 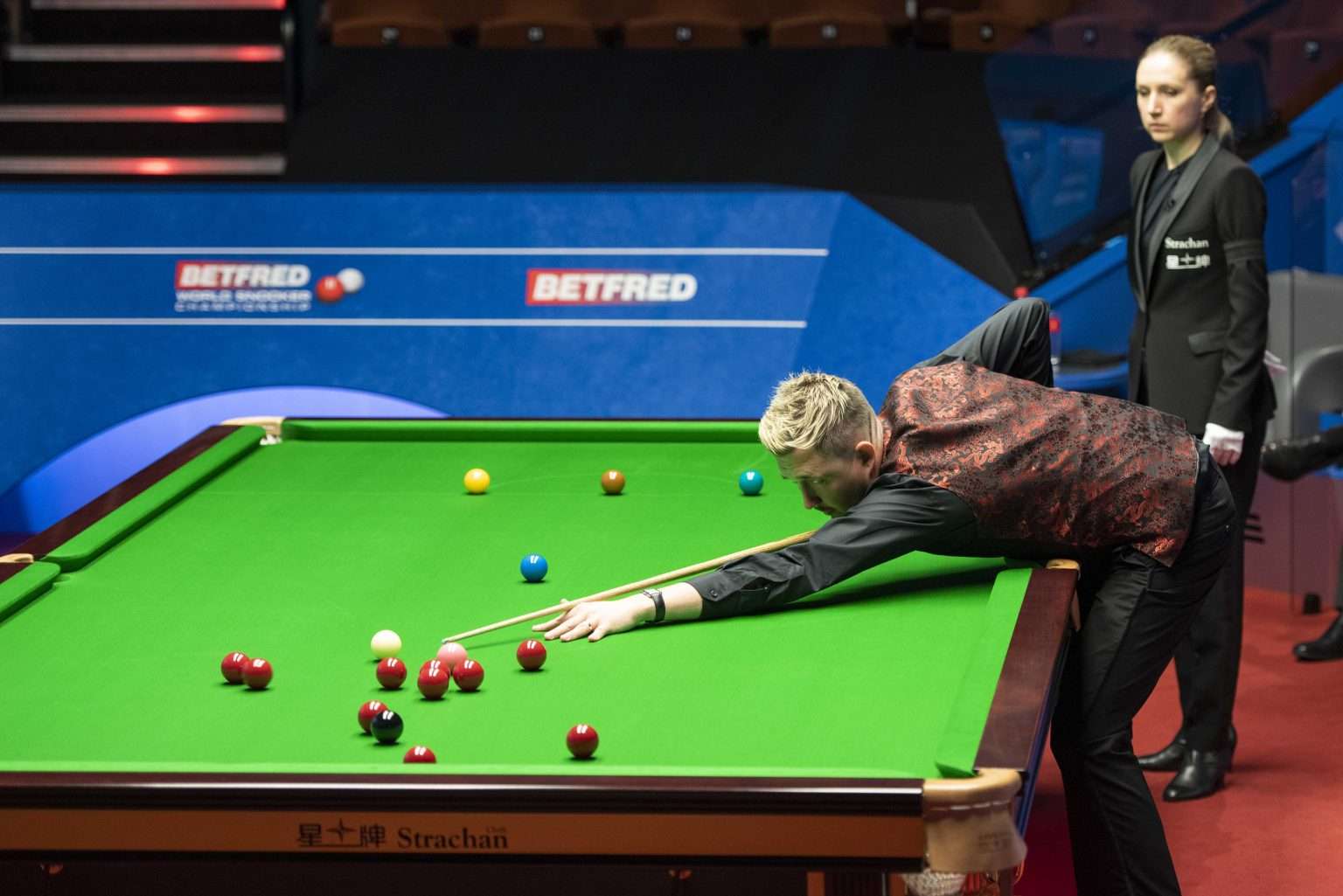 Kyren Wilson is just two frames away from a quarter-final place at the Betfred World Championship as he opened up an 11-5 lead over Martin Gould in the second session of their last 16 ties. 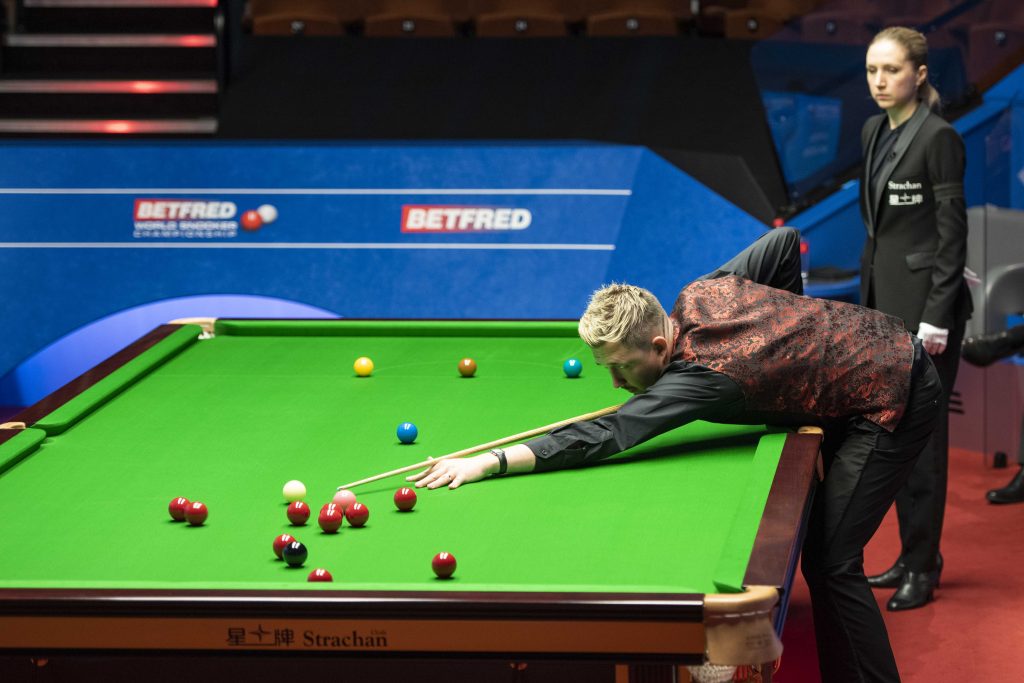 Wilson took to the baize for the first time in the Championship today, having received a bye in the first round, and was quickly into his stride as he made two centuries and eight more breaks over 50 in the two sessions. If he gets the two frames he needs in the concluding session on Sunday he’ll set up an intriguing quarter-final meeting with defending champion Judd Trump.

Kettering’s Wilson has an impressive record at the Crucible in recent years – he is aiming to reach the last eight for the fifth time in a row.

Leading 5-3 after the first session, world number eight Wilson reeled off the first five frames tonight with top breaks of 83, 57 and 109 to lead 10-3. At that stage he looked capable of taking the next three frames and finishing the match a session early.

Qualifier Gould avoided that fate by winning frame 14 thanks to a 40 clearance which included an excellent long pot on the last red to a baulk corner. Londoner Gould took the next as well with a 61 clearance to close to 10-5. But Wilson won the last of the session with 59 and 48 to lead by six overnight. They resume at 1 pm on Sunday. 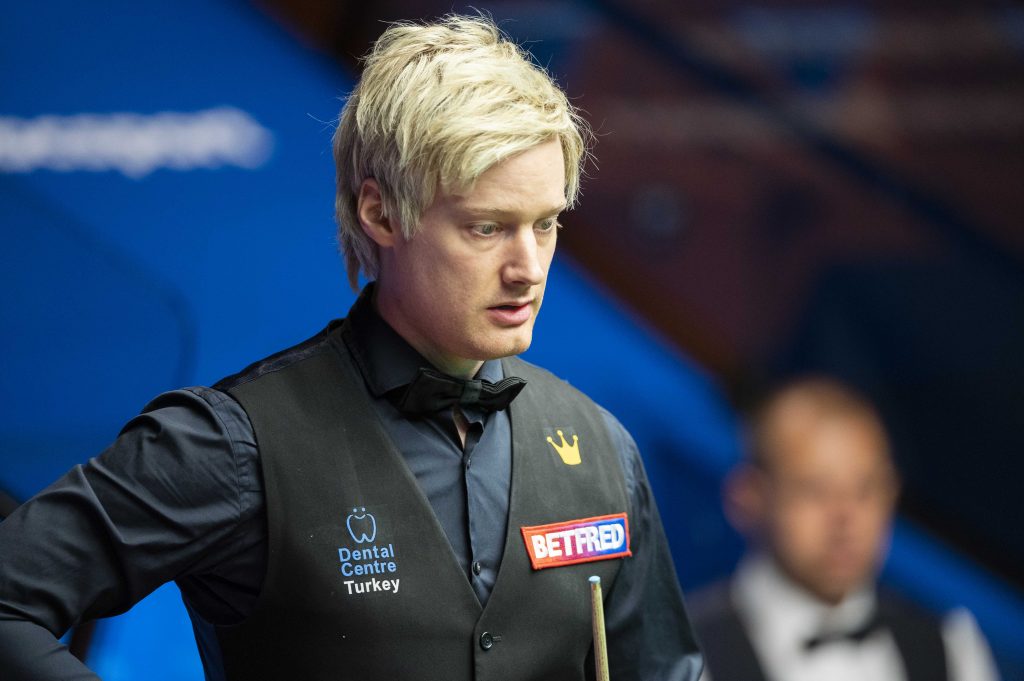 Meanwhile, Barry Hawkins came from 6-3 down to level at 8-8 against Neil Robertson ahead of their concluding session. Hawkins is another Crucible specialist, having won 20 of his last 27 matches at the venue, and is putting up an impressive fight against world number two Robertson.

Australia’s Robertson, the 2010 champion, made a strong start tonight with a break of 132 to go 6-3 ahead. Londoner Hawkins took the next with a 95 then got the better of three fragmented frames to lead 7-6.

He might have taken the 14th as well but missed the last red to a centre pocket with the balls at his mercy. Robertson took advantage for 7-7 and made a 69 in the next to regain the lead. Hawkins finished strongly with a 117 to square the match. They resume at 1 pm.